Are Metal Buildings Safe From Lightning? 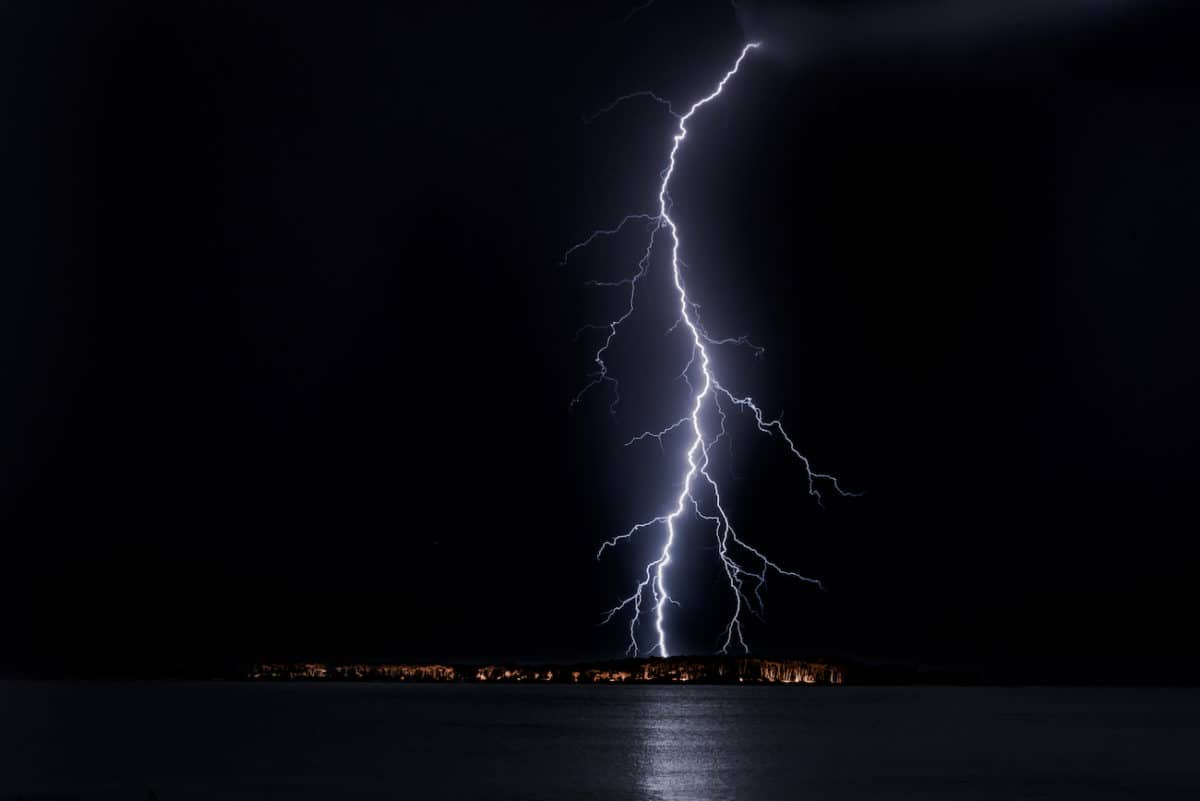 We’re investigating the real relationship of lightning to metal and addressing your safety concerns when it comes to a metal building’s ability to withstand one of Mother Nature’s most worrisome weather conditions. (Spoiler Alert: it’s good news)

Installing a metal roof may have you concerned when it comes to an old urban legend we’re all familiar with: that metal attracts lightning like table scraps to hungry dogs.

If that’s the case, we’ve got good news.

Long story short, a metal roof will not increase your building’s chances of being struck by lightning, but conversely will make a lightning strike less dangerous if it does, by chance, happen to occur.

It’s a scientific fact that lightning is not actually attracted to specific objects, surfaces or types of material. Lightning can strike anything and occurs on too large of a scale to be influenced by distant objects on the ground, yes that includes metal.

Most of us have learned that counting the seconds between the flash of lightning and the crash of thunder will help measure the approximate distance in number of miles from your location to the storm, which is actually a much more accurate way of understanding the threat of an incoming storm to your home or building.

Stress over lightning is a valid concern for any property owner, but knowing the facts makes a major difference in ensuring proper preparation. So, instead of worrying about lightning having it in for your sturdy metal roof, know that the proximity of a storm is more of a determining factor than anything else. And that there is currently no known material that will decrease the likelihood of a strike.

If your home or building has a metal roof and you are inside it during a lightning storm, are you more likely to be in danger?

No, in fact, the best thing you can do for your own personal safety during a thunderstorm is to head indoors.

In the case of a metal roofed building, any electricity from a lightning strike will be safely transferred to the ground below so occupants will be unaffected. Plus, metal’s inflammable nature means your home will be even more safe should the rare chance of a lightning strike actually take place.

On the off chance that your steel building or roof is struck by lightning, it is less likely to result in a fire than any other type of roofing material.

This is because the fixed grounding of such a building creates a more secure way for lightning to travel.

Although we’ve learned that metal buildings are not more prone to lightning strikes, we still encourage responsible owners to review the extra precautions listed below to better protect their property.

The Metal Construction Association Breaks This Situation into Two Parts:

As we’ve stated before, steel is not a lightning magnet. However, it does have the capacity to decrease the destructive impact, should lightning strike your home or building.

That a metal building or roof will likely survive a lightning strike with significantly less damage when compared to other building materials.

You may also be asking, should a metal roof be grounded? Our answer is yes.

A “grounded” lightning pole is installed with a ground rod hammer, 10-feet below the surface of the earth. A grounding system connected to the earth will help to absorb the impact and equalize your buildings electrical systems, in the event of a hazardous lightning strike.

That steel roofs are in fact, less dangerous when struck by lightning, even without a grounded lightning rod. Steel roofs are one of the most reliable building resources in today’s modern marketplace.

Before You Install an LPS

A safety standard compliant system provides proven and effective grounding to dissipate lightning’s harmful electrical discharge by employing a grounding network, which must include: